Loyal, healthy habits to be rewarded by the Dallas Mavericks

We heartily endorse brands that view loyalty as a customer habit to build instead of an incentive or promotion where loyalty is purchased. The Dallas Mavericks are partnering with a new blockchain-based company that rewards participants for meeting fitness challenges. These challenges are flashy, but if they lead to long-term loyalty to good habits at a fitness facility, it will be win-win-win for Lympo, the Mavericks and the customers.

The Dallas Mavericks and Lympo, a blockchain app which motivates people to exercise and be healthy, are announcing today a multi-faceted partnership that includes a practice jersey patch and the renaming of all Mavs practice facilities. Later this year, the Mavericks and Lympo will unveil the rebranded Lympo Training Facility and the Lympo Training Court, as well as new practice jerseys featuring the Lympo logo. In this three-year deal, the partnership will also include the creation of a new Mavericks Fitness Team and future integration of Lympo cryptocurrency tokens in Mavericks blockchain initiatives, including an option to purchase tickets.

Lympo was founded in 2016 as a platform to encourage and incentivize healthy lifestyles across the globe. Lympo is developing a blockchain-based ecosystem that will integrate a community of users, personal trainers, gyms, fitness apps, wellness businesses and health insurers. Lympo also leverages the exploding popularity of wearable fitness devices to record activity and enables users to earn tokens for staying active.

“The Mavericks found clear alignment with Lympo’s mission to create a healthier world by utilizing the latest technology to encourage fitness and healthy living in a whole new way,” said Mark Cuban, owner of the Dallas Mavericks. “Through the platform, fans will be able to earn free tickets and merchandise by completing Mavericks fitness challenges on the Lympo app. We are eager to launch this fall.”

This is only a preview. Your comment has not yet been posted.

The letters and numbers you entered did not match the image. Please try again.

As a final step before posting your comment, enter the letters and numbers you see in the image below. This prevents automated programs from posting comments.

Having trouble reading this image? View an alternate.

Comments are moderated, and will not appear until the author has approved them.

(Name and email address are required. Email address will not be displayed with the comment.) 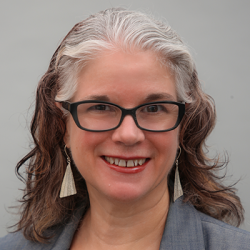