In the future, I want to commit to making this blog more and more about dispensing loyalty and recognition to others.

Zabar's delicatessen represents so much of what I love about New York. It's a symbol more than a store. It turns out the most recent heir (of many) to this family business is also a Columbia Business School student. I feel even more connected to this company.

Charming Charlie is reviving. Social media has been activated. The new store locations have been announced. A new web site collects together all the positive press that founder Charlie Chanaratsopon has had in the past, but the e-commerce web site is not available yet. The projected launch date for both physical retail and online sales is early 2020.

A few months ago, Chanaratsopon did an interview with the Houston Chronicle after he was approved to buy the intellectual property and customer database at the bankruptcy auction. He stated that online sales will be more important, and physical storefronts will be fewer and half the size of the old ones. They may also create 'pop-up,' or temporary stores.

Chanaratsopon is banking on customer loyalty and data to drive the reboot.

“Charming Charlie has over 10 million passionate and brand-loyal customers,” Chanaratsopon said. “In this age of retail, we still see an opportunity for the brand to thrive in the online ecosystem.”

Posted at 10:51 AM in Houston, Leveraging CRM Data for Profits, Loyalty | Permalink | Comments (0)

How loyalty can hold back innovation

I'm an innovator first, and a loyalist second. For the past few years I've been studying loyalty and wondering why it's such an under-esteemed trait among innovators. Now the work of Charles Duhhig and Amy Edmondson have made it clear to me.

Loyal behavior tends to depress the natural friction required in making changes. This realization has brought it home to me that I see loyalty in a different way than most people. For me, loyalty is about a commitment to support someone or some institution, but not about following. I can imagine trusting someone enough to do something their way, especially if I didn't have enough experience and information to disagree. But I would still question them. On the other hand, without some loyalty in my life, all the choices and opportunities overwhelm me and create chaos. Loyalty allows me to make some decisions less often and have more continuity in my life.

Amy Edmondson, now a professor of leadership at Harvard Business School, was a Harvard PhD student in 1991, studying health workers in hospitals to understand the interplay between teamwork and medical outcomes. She found that the more highly prized loyalty was among the team members, the less likely they were to catch each others' errors. Since then she has been studying how great teams drive innovation and developed the concept of 'psychological safety' to explain how they can work together with confidence and still critique each others' ideas.  She's done two short TED talks, has a new book called The Fearless Organization, and was recently interviewed here.

I was introduced to this idea by the second chapter in Charles Duhhig's book Smarter Better Faster, and I wished I had known about it many teams ago.

How to turn a group of strangers into a team, TED talk on October 2017 (13 minutes) by Amy Edmondson:

Abraham Lincoln said once, "I don't like that man very much. I must get to know him better." Think about that -- I don't like him, that means I don't know him well enough. It's extraordinary. This is the mindset, I have to say, this is the mindset you need for effective teaming. In our silos, we can get things done. But when we step back and reach out and reach across, miracles can happen. Miners can be rescued, patients can be saved, beautiful films can be created.

To get there, I think there's no better advice than this: look to your left, look to your right. How quickly can you find the unique talents, skills and hopes of your neighbor, and how quickly, in turn, can you convey what you bring? Because for us to team up to build the future we know we can create that none of us can do alone, that's the mindset we need.

Building a psychologically safe workspace at TEDxHGSE on May 4, 2014, by Amy Edmondson

When Edmondson started working on her dissertation, she visited technology companies and factory floors, and asked people about the unwritten rules that shaped how their teammates behaved. “People would say things like, ‘This is one of the best teams I’ve ever been on, because I don’t have to wear a work face here,’ or ‘We aren’t afraid to share crazy ideas,’ ” Edmondson told me. On those teams, norms of enthusiasm and support had taken hold and everyone felt empowered to voice opinions and take risks. “And other teams would tell me, ‘My group is really dedicated to each other and so I try not to go outside my department without checking with my supervisor first’ or ‘We’re all in this together, so I don’t like to bring up an idea unless I know it will work.’ ” Within those teams, a norm of loyalty held sway—and it undermined people’s willingness to make suggestions or take chances.

Both enthusiasm and loyalty are admirable norms. It wasn’t clear to managers that they would have such different impacts on people’s behaviors. And yet they did. In that setting, enthusiastic norms made teams better. Loyalty norms made them less effective. “Managers never intend to create unhealthy norms,” Edmondson said. “Sometimes, though, they make choices that seem logical, like encouraging people to flesh out their ideas before presenting them, that ultimately undermine a team’s ability to work together.”

As her research continued, Edmondson found a handful of good norms that seemed to be consistently associated with higher productivity. On the best teams, for instance, leaders encouraged people to speak up; teammates felt like they could expose their vulnerabilities to one another; people said they could suggest ideas without fear of retribution; the culture discouraged people from making harsh judgments. As Edmondson’s list of good norms grew, she began to notice that everything shared a common attribute: They were all behaviors that created a sense of togetherness while also encouraging people to take a chance.

“We call it ‘psychological safety,’ ” she said. Psychological safety is a “shared belief, held by members of a team, that the group is a safe place for taking risks.” It is “a sense of confidence that the team will not embarrass, reject, or punish someone for speaking up,” Edmondson wrote in a 1999 paper. “It describes a team climate characterized by interpersonal trust and mutual respect in which people are comfortable being themselves."

How to become more trustworthy, from Fast Company magazine

While it seems like being honest and reliable is enough to make us trustworthy it's actually not. People trust people who notice, understand and assist them without being asked.

Fast Company: The Three Habits Of The Most Trustworthy Person In Your Office, 2016-Apr-1 by Karissa Thacker

It’s all too easy to get locked into patterns of perceiving and behaving that don’t build trust, leaving us unaware of them and even further from understanding what things we actually can do in order to build it. As a result, our own feelings toward others—how much and whether we trust them, and vice versa—remain a bit of a mystery.

Changing that can dramatically improve how well your team works together, and it starts by understanding what the most trusted people actually do in order to get that way. Here are three of the primary habits of those who command others' trust at work.

Otherwise known as the Barefoot Contessa, Ina Garten has built a sustainable empire from a food shop to media brand. Strategically, she knows exactly where she wants her business centered: writing cookbooks. She builds a broad variety of relationships, and not everyone survives, but she clearly makes it a goal to find a partner around whom she can stabilize her business and her personal life.

Loyalty appears to be instinctive for Garten, but we can all learn from her approach: find someone who fits your values and grow together. When our partner changes, look to growing with them. When we have to change, be sure and try to bring them along.

This endless parade of friends and visitors only highlights her strange and extreme loyalty. Barbara has been with her in the kitchen since 1999; her marriage to Jeffrey is almost half a century long. She has been with her agent Esther Newberg at ICM since ages. Ina has never changed cookbook publishers; in fourteen years, she also has not changed producers of the show....

She is ready to crush this next cookbook. "I'm actually more interested in writing cookbooks now than I was when I started," Ina said. "I think I was really nervous about it then. But I could just do this forever — and hopefully I can, until they drag me out by my feet."

Posted at 10:46 AM in Heart on your sleeve, Loyalty, Loyalty models | Permalink | Comments (0)

Be loyal to your contribution, not your employer

Loyalty to our employer is never going to be compensated in the way we expect. Enterprises are not capable of keeping everyone employed, even if they are inclined, which most are not. 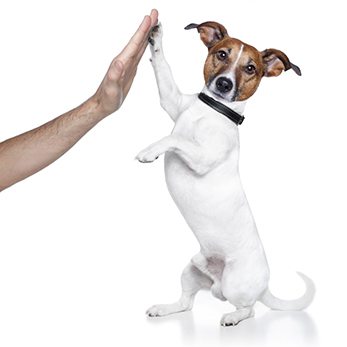 When we have an employer, we owe them good value for the money they pay us, and we owe it to them not to undermine their success by anything else we do, until we resign. Being a loyal employee is a matter of self-respect for ourselves. When I am loyal, I respect myself, but I don't expect a company to be able to do any more than treat me fairly. Louis Gray does a great job of explaining.

LinkedIn: Layoffs and Loyalty in a Liquid Valley*, 2015-Oct-14 by Louis Gray

Loyalty is wonderful when you find a passion and team you can believe in. But it can all be discarded in an instant, through a fight with a manager, or a merger or acquisition that sees you as redundant. A stock market crash. A change in heart. A bad quarter.

Layoffs happen. They can make you question everything you worked for. All the thousands of hours you put in caring about the little things that got you to where you are. All the conversations and debates that made the product you own.

You have to reexamine what’s important and decide on a new trajectory....

To add new loyal customers, make sure your web site's personas are fresh

We know our web sites are most effective when they are regularly updated, but we may overlook an important reason to update: a new category of customer. While we may find a few exceptions, we generally want to expand our market to new categories. And the easiest way is to keep an eye out for new customers who don't fit our existing personas. At the same time, we need to be sure our existing personas still fit. 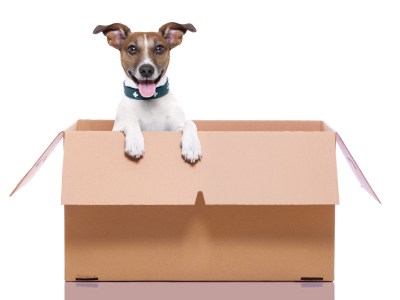 To target the most influential consumers, data identifies which buyer personas have the most impact on lead generation. Teams then can create focused messaging to grab the customers’ attention.

Plus, research shows that by adopting marketing personas websites are two to five times more effective and easier to use.

For personas to be helpful, the data must be accurate.

Posted at 10:08 AM in Leveraging CRM Data for Profits, Loyalty | Permalink | Comments (0)