A few years ago I attended a lecture of leadership by Susan Lieberman when she worked for Rice University. I remember the 'one thing' she said we need to remember when working to persuade people to follow us.

She was explaining how to react when people bridle about doing as asked, when they push back, and transfer blame, and give excuses. Leaders want to know: "what did I do wrong?" but that's hopeless, she said. Instead look at the situation from the follower's point of view. What are they being asked to give up? What support and resources do they have or lack? Where do they want to go? How did you consider that, and what will you do next, now that you have?

Now Rod Martin has published an excellent article about the little things we do that send the wrong message. Like refusing a breath mint....

Quora, via Inc. magazine: The One Quirky Mannerism that All Successful People Share, 2016-Jan-7 by Rod D. Martin

Successful people take the breath mint. They think about the needs of others. They seek out the information being conveyed without words. They don't just lollygag through life, thinking the world is all about them.

Cultivating good luck in your work and your life

In a recent edition of the NY Times Sunday Review, Pagan Kennedy published a musing on the talent of using serendipity to discover both patterns, some embedded, some emerging from our lives and environment.

NY Times: How to Cultivate the Art of Serendipity, 2016-Jan-2 by Pagan Kennedy

As people dredge the unknown, they are engaging in a highly creative act. What an inventor “finds” is always an expression of him- or herself. Martin Chalfie, who won a Nobel Prize for his work connected with green fluorescent protein — the stuff that makes jellyfish glow green — told me that he and several other Nobel Prize winners benefited from a chain of accidents and chance encounters on the way to their revelations. Some scientists even embrace a kind of “free jazz” method, he said, improvising as they go along: “I’ve heard of people getting good results after accidentally dropping their experimental preparations on the floor, picking them up, and working on them nonetheless,” he added.

This practice of earning serendipity, my father once explained, is not governed merely by corporate laws but also by universal laws like attraction, responsibility, and reciprocity. The effectiveness of earning serendipity is not measured merely by unique visitors, volume, and profits but also by influence, compassion, and impact. Its time is not bound by nine-to-five but by birth and death. My father would conclude, “¿Ahora, que ve ante usted?”— Now, what do you see before you? It is the same question I ask you now. What might your work look like if you possessed the skills to regularly see, sow, grow, and share the best opportunities before you? [Emphasis added.]

What I've discovered is that "earning serendipity" is NOT easy. Being a restless explorer like myself helps, but cultivating and sharing your discoveries takes true discipline. You don't just see patterns... you see what they can become and you work to make it happen with other people.

To find your first customers, don't spray and pray... interact

Advertising is not an efficient way to find customers. When businesses like Apple and Verizon are throwing off a ton of cash, it makes sense to use that cash to cement awareness of their products and services.

For the rest of the world, acquiring customers is a dialogue. You need just enough attention to get a conversation going. And you can't converse with 100 people, so why spray thousands of messages out there? Yes, we need to promote our businesses, but start where you live, and make sure your friends and family understand your business. Once they can explain it to others, then you've begun advertising.

This article from Kontny offers sound advice on many issues confronting an entrepreneur.

I remember sitting across from the owner of a bar in my neighborhood. He didn’t have a need for the product I was selling, but in that conversation he outlined exactly what he had a need for that he would buy from me. That conversation was great feedback to help me mold who I was trying to help, and if I had given up on that idea, this guy had just given me the next thing to work on and he would have been my first customer.

Posted at 09:27 AM in How to market systematically | Permalink | Comments (0)

The organizing power of a strong brand identity 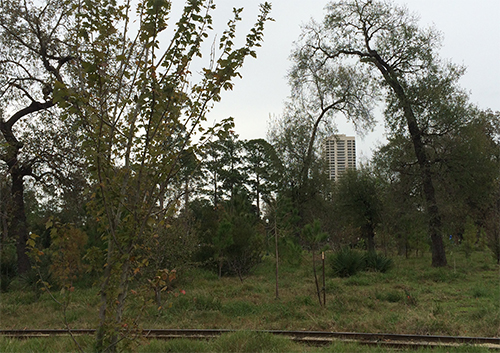 We used to think that good management was required for a company to excel. Now we are coming to realize that a purpose—executed in products that represent a clear realization of that purpose—is the kernel of a great organization.

...Increasingly the role of a brand, brand purpose and brand experience principles, are to guide actions and decisions inside a company more than to shape the perceptions of customers outside the company. A brand creates an emotional framework for understanding what is right and what is not within the context of how that company behaves. It establishes a higher order goal under which many smaller goals can and should live. It also creates a series of cultural conventions which bind employees together creating more alignment than can be gained through structure and process alone.

As Houstonians, we should be proud of being America's 4th largest city without worrying about making it to 3rd place. It's not the competition but the flourishing... we've arisen from the bayou swamp to become an incubator of new ideas for energy, medicine, technology, and space entrepreneurship.

I don't care if we never become as large as Chicago, Los Angeles, or the Boston or the San Francisco area. I love that we continue to strive and to thrive on energy, growth, and exploration.

Houston has its own unique place in the world that isn't "fourth." It's the Capital of Energy. When Houstonians reconnect after weeks apart, we greet each other with the phrase "what are you working on now?" We pride ourselves on the energetic drive to realize our ideas.

In Houston, you're just another energetic citizen until you've executed a big project based on your own original idea. Then you're a civic leader and a hero.