A recent article highlights the 'confidence gap' that often prevents women from competing for recognition (with each other as well as men).

For myself, I never thought it was a problem. When I took the StrengthsFinder exam in 2000, "Self-Assurance" came out as one of my top five strengths. And yet, as I was reading this article I realized that a raw talent for believing in myself does not necessarily lead to success.

Confidence is like a muscle. You have to excercise it correctly. First, tell others you can do it, then show them, running the risk of disappointing them. Then realize failure doesn't mean you're not competent, and get up and do it all over again. Announce/do/fail-succeed, then repeat over and over. Whether you fail or succeed at a cycle is not irrelevant, but it is much, much less relevant than you think. In and of itself, failure is never a reason to stop. And you can't strengthen your confidence if you don't risk failure.

The Atlantic: The Confidence Gap, 2014-Apr-14 by Katty Kay and Claire Shipman

Even as our understanding of confidence expanded, however, we found that our original suspicion was dead-on: there is a particular crisis for women—a vast confidence gap that separates the sexes. Compared with men, women don’t consider themselves as ready for promotions, they predict they’ll do worse on tests, and they generally underestimate their abilities. This disparity stems from factors ranging from upbringing to biology.

A growing body of evidence shows just how devastating this lack of confidence can be. Success, it turns out, correlates just as closely with confidence as it does with competence....

Richard Petty, a psychology professor at Ohio State University, who has spent decades focused on the subject. “Confidence,” he told us, “is the stuff that turns thoughts into action.” Of course, other factors also contribute to action. “If the action involves something scary, then what we call courage might also be needed,” Petty explained. “Or if it’s difficult, a strong will to persist might also be needed. Anger, intelligence, creativity can play a role.” But confidence, he told us, is essential, because it applies in more situations than these other traits do. It is the factor that turns thoughts into judgments about what we are capable of, and that then transforms those judgments into action.

The simplicity is compelling, and the notion that confidence and action are interrelated suggests a virtuous circle. Confidence is a belief in one’s ability to succeed, a belief that stimulates action. In turn, taking action bolsters one’s belief in one’s ability to succeed. So confidence accumulates—through hard work, through success, and even through failure.

I wish I could find the story about Jenny Lawson 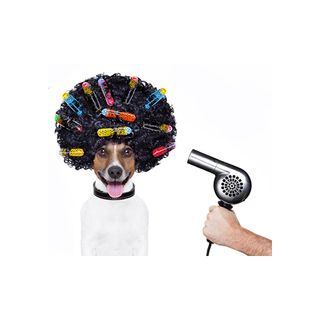 going to an event at a bookstore where she was supposed to meet people, and she crawled under the table to hide. But the words "hiding" "under the table" and "bookstore" seem to occur too frequently on her blog. Anyway, it was hysterical, as usual.

I am making a pledge to follow her lead and focus on connecting with people. It's hard to remember who you met if you didn't learn something interesting about the person. So each person you meet, you have to FIND something memorable about them. Or you could just take Jenny's new approach...

Whenever I’m at large events and I’m asked to write my name on those “HELLO, MY NAME IS” stickers I instead write ”Watermelon is the secret code word.”

Technology changes the texture of marketing as well as the speed. All these dials and switches can burn a relationship. I'm personnally sorting through the hundreds of contacts records I've collected as an active networker for the last ten years. I'm amazed at how many are completely irrelevant to my work and/or my life. Plus, not everyone wants to be treated the same way. The marketing profession will turn a corner when all the recipients always have the ability to reach the dial themselves: not just toggle an 'opt out' switch.

We can build product levers to try to boost each of our core metrics:

It’s been a few months since we first launched. This time we didn’t want to launch and forget our referrals program. Instead we doubled down coming up with new ways to optimize the program. For example, we’ve started promoting referrals at strategic moments when we think the user is most likely to refer, for example just after booking a reservation, or after leaving a positive review. We segment performance data by entry point so we know how these are all doing.

If you're not analyzing the experience of your customer, be assured that your competitor is.

“The world is sort of waking up to design thinking, new ways of thinking about problems and solutions to problems,” John Armstrong, North American Leader, IBM Interactive Experience, tells Co.Design. “We’ve seen in all of our research, CEOs are very focused around the customer experience. This is very much an investment on IBM’s part in terms of where we’re seeing the demand.”

In my discussion with Armstrong, he came back again and again to the challenges businesses faced as analog experiences and digital experiences merged--and the difficulty of translating a company’s product or brand experience from one of these worlds to the other.

“As an example, the work we’ve done with Jaguar Land Rover. What they know is, when they get someone in the dealership, in the car to test drive it, their conversion rates are really good,” Armstrong explains. “In their case, we worked to build a virtual user experience, a full scale 3-D screen at the height of a person screen.

Signals of loyalty masquerading as complaints

At MosquitoZone we had a client who complained and sometimes boycotted our malaria education products. She thought we could do better, and she was right. Finally, she made a suggestion that was too good to ignore. In my next company I hope we embrace and support the customers who push us to keep make it better. 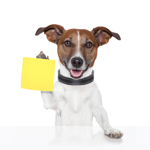 Although word of mouth may get more attention, our research shows that both customer-to-customer reviews and customer-to-business interactions can influence a customer’s propensity to buy more of a company’s products and services. While not all satisfied customers become repeat buyers, encouraging them to provide feedback and suggestions helps tie them more closely to the business. Companies can even recapture defecting customers simply by contacting them and encouraging them to participate. In addition, customer-to-business interaction is often more malleable than customer-to-customer word of mouth and more readily within the control of management. When customers provide feedback, management can monitor their contributions, whereas word of mouth works best when the company is not directly involved.

We found that customer participation is more strongly associated with customer spending than is word-of-mouth activity.

What are the questions marketing data must answer for a business to stay profitable?

Marketing data, big or small, exists to serve the people who use it. When owners, managers and sales people use the data correctly, transactions are profitable for everyone. In the beginning, the amount of data is small and easy to remember. But just the least little bit of success will cause the data to overflow. It's at that point you have to decide whether or not you want to market systematically.

At that point data has to be organized and used. The longer you wait, the more unpredictable your profitability.

...many, if not most, companies are not making good use of small data. If you haven’t figured out how to glean useful insight from what you already have, piling on more data is not only unlikely to help, it’s bound to smother and confuse your efforts.

So what to do?

For most brands the place to start is with a few big picture questions:

Posted at 03:00 PM in How to market systematically | Permalink | Comments (0)

In fact, companies that rely too much on the numbers, graphs and factoids of Big Data risk insulating themselves from the rich, qualitative reality of their customers’ everyday lives. They can lose the ability to imagine and intuit how the world — and their own businesses — might be evolving. By outsourcing our thinking to Big Data, our ability to make sense of the world by careful observation begins to wither, just as you miss the feel and texture of a new city by navigating it only with the help of a GPS.

Successful companies and executives work to understand the emotional, even visceral context in which people encounter their product or service, and they are able to adapt when circumstances change. They are able to use what we like to call Thick Data.