The cult of the individual is required for innovation

In 2010, Joe Henrich, Steven J. Heine, and Ara Norenzayan published a paper which shows that much of the behavioral research performed during the last 50 years, which often uses American and European college students,

is useless for predicting behavior in other cultures.

In their paper the trio pointed out cross-cultural studies that suggest that the “weird” [Western, Educated, Industrial, Rich, Democratic] mind is the most self-aggrandizing and egotistical on the planet: we are more likely to promote ourselves as individuals versus advancing as a group.

Individualism is not universal, but it is the driving force in innovation. If we're going to solve our pressing problems, instead of drifting into extinction, we'll have to accept some pockets in society where self-promotion and ignoring social norms is tolerated.

Beneath the loyalty programs

I am fascinated with designing loyalty systems. I love mining data about the customers. I like testing incentives and offers. I collect the data and call customers back and ask "what did you think??" (Yes, sometimes they think I get too carried away.)

But I know that at the end of the day, the system only works if it's designed to touch the right values, the values which the company and the customer share.

Convincing others that you have their best interests at heart is no small task. That’s because loyalty, a truly emotional value, exists in the mind of your employees or members.

In a recent conversation, Justin Segal of Boxer Properties told me he likes managers to 'burn the candle at both ends.' He wants planning and analysis to occur simultaneously with experimentation.

Now I've found an article by Matthew Daniels of Undercurrent who describes a process they describe as applying the agile development model to strategy development. Intrigued? Do click through and read the whole article.

We located all of the client’s documentation and developed 50 hypotheses of our final deliverable — the thing that we would recommend [the client] go and do (not an abstraction, i.e., a strategy statement).

We developed value propositions and simple paper prototypes of all 50 ideas. Each value proposition is grounded in a problem, creating the beginning of our library of research. It’s also supported by an internally or externally-drawn insight.

In Week 2, we had customers complete a survey that ranked each value proposition. We chose six to iterate on. This was supported by insights drawn from the client’s documents....

In short, we achieved one thing that no waterfall process can: usage.

Usage is like oxygen for ideas. You can never fully anticipate how an audience is going to react to something you’ve created until it’s out there. That means every moment you’re working on something without it being in the public it’s actually dying, deprived of the oxygen of the real world.
— Matt Mullenweg.

Posted at 11:21 AM in How to market systematically | Permalink | Comments (0) 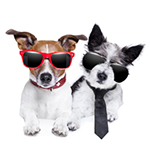 Business 2 Community: 4 SEO Thinks Everybody Should Be Doing But Nobody Is, 2013-Sep-18, by Brad Shorr

Rankings used to be crucially important for SEO. I don’t think the world has figured out this is no longer the case. Because Google now serves up results based on a user’s geographic location and search history, a web page’s rank varies depending on the user. Also, because of social media sharing and segmented search — video search, news search, etc. — overall visibility is more important than narrow rankings for particular keyword phrases (with some exceptions).

How growing is more important than knowing

As a learning junkie, I have always wanted to know as much as I can. Recently, I've had to put my student-self in rehab and focus more on trying things to see what works. It can be nerve-wracking, but if you are conscious of what you doing—testing hypothesis—you'll find that you've never grown so fast.

You need to have the confidence to manage for today, knowing that everything you’re doing will need to change again, and sooner than you hope. The key is to not be wedded to a definition of success where you have to be smart and talented and already know. You have to be wedded to a definition of success that says we will figure it out, and keep figuring it out.

'Success caused passion' and other gems from Scott Adams

Today I'm breaking my policy of not contributing to Rupert Murdoch's empire, by celebrating Scott Adams' wonderful article in last Saturday's Wall Street Journal. It's hard to tell how long we'll get free access, so read it now. Wait, it's a promotion for Scott's new book, so you could get that later.

"The universe has plenty of luck to go around" is probably my favorite remark from Scott, but "have a system, not a goal" is probably the strongest piece of advice.

Talking about one's failures instead of one's success is quite the rage now--see Tim O'Reilly's How I Failed (which is also terrific).

Over the weekend, I was asked to describe my achievements and it was a fairly humiliating experience. It didn't occur to me to say I've had three (no, four) entrepreneurial ventures fail, been fired a couple of times (the first by my own father), and placed a few bad bets. Now I know!

When it started to look as if it might be a success, my passion for cartooning increased because I realized it could be my golden ticket. In hindsight, it looks as if the projects that I was most passionate about were also the ones that worked. But objectively, my passion level moved with my success. Success caused passion more than passion caused success. ...

By design, all of my efforts were long shots. Had I been goal-oriented instead of system-oriented, I imagine I would have given up after the first several failures. It would have felt like banging my head against a brick wall.

But being systems-oriented, I felt myself growing more capable every day, no matter the fate of the project that I happened to be working on. And every day during those years I woke up with the same thought, literally, as I rubbed the sleep from my eyes and slapped the alarm clock off.

If you drill down on any success story, you always discover that luck was a huge part of it. You can't control luck, but you can move from a game with bad odds to one with better odds. You can make it easier for luck to find you. The most useful thing you can do is stay in the game. If your current get-rich project fails, take what you learned and try something else. Keep repeating until something lucky happens. The universe has plenty of luck to go around; you just need to keep your hand raised until it's your turn. It helps to see failure as a road and not a wall.

The past stepping into the present, via YouTube, etc.

One of the ways that the pace of change has accelerated is our access and ability to manipulate the recent past.

It's great news for those of us who are trying to rewrite our story. Choose your past carefully, and when you look at someone else's past, realize it's been edited.

NY Times: Life as Instant Replay, Over and Over Again, 2013-Sep-21 by Jenna Wortham

Perhaps the replay Web, by allowing us to constantly revisit and reconsider the recent past, can help us find new meaning in it. While we change its contours with new interpretations, visual signatures and instant analysis, there is always a new present to step into.