How to Squeeze your Marketing

When times are tough, it's more valuable to shrink your target market rather than letting your margins shrink. Staying in touch with existing customers is usually much less expensive than acquiring customers. If your customers are suffering, then commiserate with them! The most important problem is avoiding fear. Channel your energy into strengthening your relationships.

Chiefmarketer.com: Loyalty Marketing in Times of Economic Distress, 2008-May-20, by Rick Ferguson

Don't spend your finite resources further training your customers to wait you out for the next sale. Instead, focus your efforts on marketing to the two core groups of customers who can most directly influence revenue:

High-value customers you want to retain. Give them offers to keep them spending at their current level. For these loyal customers, tilt the hard-soft benefit equation toward the soft side with special benefits and access unavailable to the general population.

High-potential customers you want to grow. Give them offers to shop more often and spend more during each visit. Use targeted discounts and bonuses through your loyalty program or store card and monitor their transactions.

In developing a marketing system, you have to put spaces and slack into the system that allow for positive human interaction and reaction. The story below reminds me of the old saw: 'people don't care what you know until they know that you care.' We are simply unable to capture everything we know about human relations in scripts and flow charts. You can't rely on miracles but you have to allow people to pause, reflect, listen, and add something of themselves to the process.

Strategy+Business: The Science of Subtle Signals, by Mark Buchanan 2007-Aug-29

Successful [customer service] operators, it turned out, speak little and listen much. When they do speak, their voices fluctuate strongly in amplitude and pitch, suggesting interest and responsiveness to the customer’s needs. Operators who speak with little variation come across as too determined and authoritative, but by speaking invitingly, being responsive but not pushy, a skilled operator can let callers find their own way to a sale. “Like a mother speaking singsong to a baby,” says Pentland, “variation sounds perky and inviting. If operators do it right, they’re almost certain to be successful.” ...

Most explanations of human behavior in the business world presume that people — be they employees, consumers, or executives — are influenced most by meaning and reasoning. It’s what gets said that matters, not how it is said. But the per­formance of these telephone operators and a growing volume of other evidence suggest that this view is seriously flawed. In a wide variety of facets of everyday business, the keys to sustained success may actually lie in understanding the kinds of signals that are ordinarily overlooked: tone of voice, body language, the ways people congregate (or don’t), the time spent on tasks, the rhythms of workplace activity, and the patterns of social networks.

How to Neglect Your Prospects

Many companies become slaves to their "top 20%"--the customers who provide 80% of the revenues. But we should always inspect or biggest customers to make sure they have the profits and the future we want, as Ian Brodie points out. 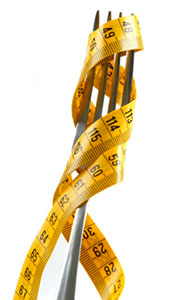 In all three cases the key is to look beyond the simplistic 80:20 rule to check:

Now don’t get me wrong - the 80:20 rule can be very helpful as a simple guide to where to focus your effort. But thinking beyond the simple rule will pay big dividends for sales people willing to invest their brain power and challenge the accepted norms.

How to Get Past the First Date

I recently discovered an excellent feature on the Staples web site that lets me review my past orders and re-order something quickly and conveniently. Steve Yastrow wisely points out that when you have a conversation with a friend, you pick up where you left off. Some business-to-business marketers are good at this, but consumer companies, especially brick-and-mortar retail, have a long way to go.

Erik: There's a small, outdoor sporting goods store near me that I've been shopping at, I think, since 1986. No one in that store knows my name. And I'm in there regularly. ... I'm so frustrated. I want to be loyal to this place. They are half a mile from my house ...

SY: Imagine what happens with your customers if you have an ongoing conversation. But being the customer of most companies, like you in this store, is kind of like that movie that Drew Barrymore and Adam Sandler did, 50 First Dates. I don't know if you saw this movie. Well, they have this great time together. She's got a memory problem and every day their relationship has to start over. That reminded me of what it's like to do business with most companies, right?