How to Compete for Loyalty

Marketing ROI: Is Customization an Unreasonable Loyalty Value?. 2008-May-7, by Robert Passikoff

...looking at the 57 categories and nearly 400 brands Brand Keys measures in our Customer Loyalty Engagement Index—we found that the average percent-of-contribution "customization" makes to product and service engagement, adoption and loyalty (and, therefore, profitability) is currently 18%, or nearly five times what the value was when it was first measured in 1997. ... It's something most consumers take for granted today. Of the 57 categories that make up the 2008 Brand Keys Customer Loyalty Engagement Index, the top 10 where customization has become one of the largest brand differentiators are: Automobiles Athletic Footwear Online Wireless Cell Phones Hotels Restaurants Parcel Delivery Coffee Providers Clothing Catalogs...

How to Commit to your Audience

As marketers struggle to take advantage of the hot new trend of social networking sites, they are stumbling on their own short-term thinking. They can't just run an advertisement or even a campaign. They have to make a commitment to participate in the community, for better or for worse.

RockYou has seen success matching movies with its applications; Vampire flick 30 Days of Night made a good fit with its Vampire app, resulting in 60,000 registrations for the movie. "The biggest misconception is people assume the performance of these campaigns is the same as the performance of general social networks," said Ro Choy, vp of business development at RockYou. While progress is being made and lessons learned, Schafer believes advertisers need to deal with a more fundamental problem of campaigns in social media: They're not well-suited as short-term endeavors. His agency helped develop an Entourage community on MySpace that has run for four years, requiring continued tending and activation. Yet for most clients, social media campaigns tend to mean running ads for a set period of time. "What social networks are more fertile for are initiatives about CRM and changing attitudes, rather than awareness, frequency and reach," he said.

How to Abuse your Audience 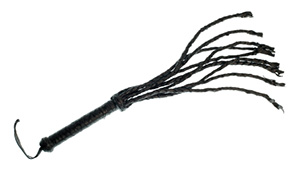 Email newsletters seem so easy, but they are actually the easiest way to abuse your customer relationships. If they aren't thoughtful, relevant, and consistently packaged, you'll be exploiting your customers' time and attention. Good newsletters require a dedicated team of people who know what else is going on around the company, as well as best practices for email. Cheap is deadly. If you are sending email newsletters, you should read the entire article.

MonkeyBrains, the MailChimp Blog:
95% of problems come from newsletters, not promotions, 2008-May-8

Unless your business is big enough to devote millions of dollars to television advertising every year, or you're into direct response TV (it's own unique marketing system), using television to market your business has always been very problematic. Houston's Gallery Furniture figured how to avoid prohibitive TV production costs by building an image of being cheap and cheesy, but most companies can't roll with that image. By avoiding production costs, Gallery could afford to run frequently with new messages all the time. So it was a system, not a stunt.

Now a totally new television advertising system is being developed by a company called Spot Runner. I assumed they were always going to be targeting local businesses like dental practices and small retail chains, but now many national advertisers are starting to get involved. I suspect this is the beginning of television micro-targeting. If worldwide luxury marketers can use this system, surely local designers are going to benefit as well.

The addition of Group Arnault, he says, is consistent with Spot Runner's push to broaden from a long tail to a solution for bigger advertisers looking to develop better and more streamlined means of created highly targeted advertising and media buys on the fly. "[Group Arnault] LVMH brings a different perspective, that of an advertiser," says Grouf. "It gives us a richer understanding of what that will be as we move into a more fragmented environment. ... It brings entirely different categories of advertisers in the market, not just small advertisers, but advertisers who are looking to be much more targeted and focused in the messages they are serving."

How to Take Care of the Goose

Is this company called Reward Paths saying that U.S. mid-sized companies apply short-term, seat-of-the-pants solutions? I'm shocked, shocked. ... For too many medium-sized companies, marketing is about driving sales and cracking those golden eggs this quarter, and not about nurturing a nice flock of golden-egg laying geese. When you establish any marketing program, especially a loyalty program, you should be thinking about how customers will relate to the program after they've been using if for five years or more.

Reward Paths notes that while large U.S. corporations serving consumer markets have been able to establish and afford substantial investments in rewards, miles and points programs for their best customers, the mid-size U.S. corporation, especially those serving business-to-business markets, has often been unable to secure the same capabilities and expertise at affordable costs. As such, they have relied upon undifferentiated discount programs or undisciplined and under-analyzed incentive campaigns to implement similar strategies for their best customers. Reward Paths will change that by bringing a compelling, turn-key, and affordable presence to the U.S. loyalty and rewards marketplace for the mid-market.