How to Host a Good Party

Corporate art patronage doesn't usually lead to great art, but it does lead to great parties, and it's a good fit for alcoholic beverage Campari. Art patronage can be leveraged in so many different directions. You can send out press releases, send out invitations, get the artist to help with images for the advertising, if they are so inclined. Anheuser-Busch has been doing some great digital artist sponsorship for Flavorpill.

Mediapost Marketing Daily: Campari Unveils Commissions Initiative, Targeting Artists. 2007-Aug-28, by Nina M. Lentini (free registration required): As it continues to target a key demographic for the brand, Campari has expanded its House of Campari contemporary art program--now in its third season--to include a newly announced 2007 Campari Commissions Initiative. The goals of the Campari Commissions are to provide financial support for artists to create significant new works of art and exhibition opportunities for showing the work, and then to donate the artworks to appropriate museum collections. 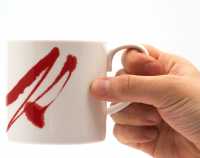 Now that marketing is a conversation, many companies are surprised to realize they don't know how to hold up their end. Over at ChasNote, Chas Edwards describes a program where WebEx offered free services and effectively "sponsored conversations" among their target audience. (Talk among yourselves...)

In an August 2007 article in BusinessWeek about fashion marketers participating in a new community on MySpace, Reena Jana notes that most of them want to post runway video or buy ads, but somebody there knows how to socialize...

Designers such as Isaac Mizrahi ... regularly update their personal MySpace pages with details about their own creative processes and tastes. Mizrahi includes unknown MySpace designers alongside his celebrity "friends" to nurture a creative community around his brand. "When a designer offers access and intimacy, he allows a sense of belonging with his audience," says Shawn Gold, MySpace's senior vice-president of marketing. "They can create a network of mutual appreciation."

How to Tap Employee Passion

One sustainable way to strengthen bonds with your customers is to tap into the passions of your employees. Of course, it helps if your employees share a passion. For instance, Southwest Airlines has always recruited people who know how to use humor to defuse tense situations. Borders has decided to tap into the fact that many of the people who work at bookstores work on a book when they go home. (See Borders Launches Employee Author Program.) And CiCi's Pizza usually employs energetic young people. I hope they can turn this "shakerboarding" stunt into a long-term program, but I also hope they will cover the occasional broken arm of the employees. Hand photo by Yasin Oztürk, from StockXchng.

Contagious News Article: Ultimate Shakerboarder. 2007-Aug-22:Shakerboarding is a bizarre combination of break dancing and advertising, traditionally used by local car dealers in the States, attracting attention by throwing dance moves while spinning branded signs. US Pizza chain Cici’s set out to own the gimmick with the help of Deutsch Los Angeles, following a 63% weekly upsurge at one of its branches after manager Tracy Tucker got down on the street outside. Visit http://www.yoroto.com to see this entertaining campaign.

How to Avoid Wasted Mail 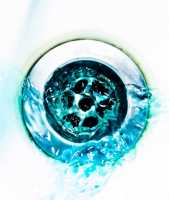 This rule does not fail for direct mail, no matter how elaborate the package. In fact, if you're mailing an expensive package, the best approach may be to mail a heads-up piece, the big package, and then a reminder postcard, all carrying the same message.

MarketingSherpa: New Direct Postal Mail Results Indicate Re-Mailing Works Even Better in the Internet Age. 2007-Aug-20 (paid subscription required), by Anne Holland: Here's what startled me: in both cases, the results for Rab's second postal mailing were far closer than I expected to the response rates for the original wave....For example, one original wave got a 1.90% response rate with the follow-up achieving 1.46%.... Rab actually mentioned he had tested a campaign last year with both a multipage catalog-style self-mailer as well as a follow-up postcard. He got far less than 1% response rates from people who got either the postcard or the self-mailer. However the people who got both resulted in a 3.78% response rate.

How to Build Marketing Muscle 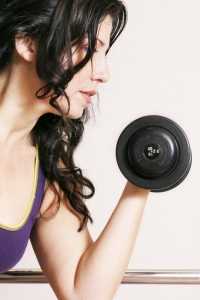 Do you believe that marketing is primarily a creative activity or a discipline? Would you believe that being more disciplined can dramatically improve your creative output? Marketing, like inventing, is 1% inspiration and 99% perspiration. As the marketing environment becomes more sophisticated, marketing professionals are institituting new discipline in their operations. What's really surprising (and a big relief) to me is that they not only track and measure what they do more carefully, but they also collaborate with other parts of their company more systematically.

Marketing Sherpa: New Research: 5 Steps to Better Marketing Operations. 2007-Aug-14 (Paid subscription required): Not surprisingly, when respondents were asked to describe their MO [marketing operations] practices, the answers tracked closely with those challenges: - 65% said they currently practice marketing accountability (setting specific commitments, tracking and adjusting performance, etc.) to helps measure and demonstrate ROI. - 62% said they use MO to balance big-picture, strategic planning with day-to-day marketing execution decisions. - 64% said they use MO to leverage the value of other groups in the company who have a stake in marketing decisions.

I enjoy being in marketing communications because I get to work with clever ideas and striking images, but I have come to believe those trinkets must serve a message and the message must serve a marketing system.

To run an enterprise effectively you don't need to have "marketing" or "communications," you need to have a system for staying in touch with your audience, opening up a two-way flow of communications. That's why newsletters represent such a powerful marketing system for companies. Of course, few newsletters achieve a two-way flow, but the internet has begun to make it easier than ever.

Think "systems" are boring? Look at these communication systems: Daily Candy, Flavor Pill, and Springwise. Are you getting wit, beauty and powerful messages in your email inbox?