Using celebrities can be a crutch for a brand, but recent research shows that choosing the right celebrity can give your brand image a kick-start. You have to do more than choose someone who's beloved, you have to choose someone whose ability to introduce your brand makes sense to the audience. The "My Life. My Card." campaign features celebrities like Wes Anderson who flaunts his card to get what he wants on a movie set. Is there someone well known to your audience who can capture their attention and explain your brand? 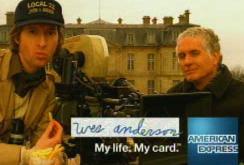 ...Marketing Management Analytics, a unit of the Aegis Group, developed a method four years ago to calculate how much particular celebrities contribute to advertising campaigns. The company has found that stars often add significant value to commercials, but that value can differ based on the pairing of the celebrity and the company, said Ed See, chief operating officer of Marketing Management Analytics. Companies must carefully choose the celebrities they work with to make sure the celebrity’s image adds value to the company, he said. “The stars are a brand,” Mr. See said. “Now you’re managing the confluence of two brands. You have the core brand and then you have the celebrity brand, and, when that confluence is positive, the impact can be tremendous.”...

What a phenomenal way to "brand space" and build community at the same time. To strengthen ties with the black community, Crown Royal targets the owners of barber shops and offers to update their shop--in Crown Royal style, of course. They get new barber chairs, fresh paint, lighting, and flat screen TVs. Then Crown Royal throws a big party for the barber shop regulars. Don't you know that every time someone walks into the barber shop, they think about that party again!

Since early 2005, the Crown Royal Barbershop has traveled across the U.S. and to date has refurbished 11 barbershops in several major cities, including Chicago, Houston, New York, St. Louis, and Philadelphia. Late last year, Crown Royal deployed a special mobile version of its Barbershop program to the Gulf Coast region to benefit evacuees displaced by Hurricanes Katrina and Rita.

Instead of sneaking into viewers' awareness by placing products in TV shows, American Eagle Outfitters is going the other direction, airing commercials where their customers comment on the shows in which the ads are placed. The marketer is betting heavily on the appeal of Gilmore Girls and Veronica Mars to their customers by airing exclusive clips promoting the shows on video screens in their stores, having cast members visit the stores, and running a contest for a walk-on role in 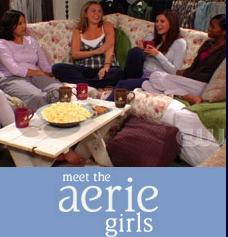 Veronica Mars. I'm not sure many other companies will run the risk of committing to shows that might lose popularity, but the commitment to customers and their interests and aspirations is admirable, and I hope that catches fire.

Last night, the company aired what it says is a TV first: a series of 30-second 'episodes' in which six real-life customers, sitting on a wraparound couch wearing the apparel, talked about themes inspired by the plotlines of "Gilmore Girls" and "Veronica Mars." The company says ongoing "aerie tuesdays" will chronicle actual experiences and emotions of these girls throughout the season, as well as their take on the shows' characters and plot twists.

Harnessing the Words of Others

Recently, the rise of "word-of-mouth" campaigns has opened up new territory for marketing communications. Although we can't control what other people say about our products, we can supply them with ideas and words they can use in emails, blog postings, and conversations.

BzzAgent recently studied their most successful agents and found that these people enjoy helping others make shopping decisions right in the store.

Marketers who are looking to make their word-of-mouth campaigns more successful should deploy some of their "agents" in-store, a new report argues. The white paper, from the Keller Fay Group, a New Brunswick, N.J., research firm, also says that the most successful agents are more likely to approach strangers and to use multiple forms to communicate, including e-mail, instant messaging, blogging and the phone.

When they wanted focus on a specific, younger audience for the Nissan Sentra, the marketers decided they better start experimenting with the type of media being used by younger people. To their surprise they found it was not only less expensive than network TV, but easier to track in terms of performance. Their only complaint was that now

the campaigns have many moving parts to keep up with--which will hopefully lead to more engaged customers as well.

These days, the media plan must be as creative as the creative part of the campaign — if not more so. “We’re looking at how people consume media, not how we think they should consume media,” said Jan Thompson, vice president for marketing at Nissan North America in Gardena, Calif., part of Nissan Motor of Japan. “We’re inviting them, not interrupting them.”

If you're longing for your brand to participate in the video-viewing madness online, sponsoring a contest turns out to be a good way to minimize your risk while participating. 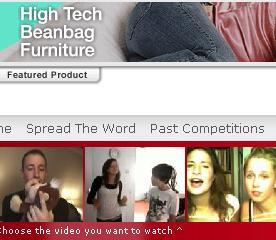 Of course, if you put down too many rules and too much content-screening, you'll just spoil the fun.

Advertisers have been reluctant to advertise on some video sites, concerned their ads will appear next to inappropriate or copyrighted content. But in a contest format, user-generated content is often handpicked and bundled with professionally produced segments.

Here's an interesting tactic to keep the customers coming in...Target is testing a new program call the Find where they mix in an unexpected luxury item for their alert shoppers. I haven't been able to verify whether or not the infamous $200 Coach bag (deemed a counterfit by Coach) which a Florida Target store was offering was a part of the program, but very likely. Surprises for all! 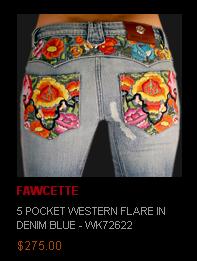 Ultra-luxury goods are popping up at Target stores around town, part of a special program called the Find that's being tested in about 80 stores around the country. Spotted at Target in Brighton and at Eastland: premium jeans by Antik and Joe's, which usually start at about $160 in department stores...marked down to $87.41...Target is keeping mum about details, but says it wants shoppers to be surprised every time they walk into the store.

Newer Older
Theresa has been writing the QViews blog, her perspective on marketing, Houston, organizations, and innovation for fifteen years.
Subscribe to this blog's feed