As wireless carriers like Verizon and Cingular enter the media business, we're starting to see some very appealing new combinations of content and service. Possibilities for joint promotions seem very nice if you can keep the risk under control. Some of these new services will catch on and some won't. What could you share to your audience via cell phone?

the company wants to build its song library to one million tunes, and needs to ensure critical mass in adoption of its V CAST handsets before it puts a full-fledged campaign behind its music product....

In another appeal to the underground sounds set, the firm has paired up with MySpace, offering contenders in the site's "Calling All Bands" contest the chance to have their song, video, ring tone and ring back tone released on Verizon Wireless.

4300 musicians participated in the MySpace contest. I wonder if any effort was made to spread the word to all their fans, or just the winner's fans.

For small businesses who don't sell online, being found offline is crucial. Now Google is offering a new type of advertising. People searching for say, shoe repair, by neighborhood can now see business ads as little logos on the maps. Does this spell doom for Yellow Page advertising?

Google is adding graphical advertisements to maps on its local search site, foreshadowing the use of its pop-up balloons for various types of information and activities, an analyst said Monday. Greg Sterling, managing editor at The Kelsey Group, said Google representatives told him several weeks ago that the company plans to let businesses add advertisements and logos to the mapping balloons that appear on Google Local. "It's a harbinger of more things on maps," such as video, embedded chat and pay-per-call or click-to-call, he told CNET News.com at Kelsey's Drilling Down on Local conference here Monday. "Putting technology in the balloons can enable all kinds of interesting exchanges with merchants."...

On Yahoo Local, ads are displayed below the map; clicking in a box next to one of them adds the retailer's locations to the map.

CNN Building its own Future

CNN has been struggling with declining ratings and viewer involvement, and as they reinvent themselves, they've created a new type of programming for a show called Welcome to the Future. As the media landscape evolves, you can expect to see many more unique sponsorship opportunities like this one. Or maybe you should go to local media outlet and suggest one.

As part of an ongoing effort to create additional programming environments for its advertisers, CNN has signed Johnson & Johnson to be the exclusive sponsor of Welcome to the Future, a showcase examining how technology is changing all aspects of American life that will run as a regular interstitial feature as well as an hour-long quarterly special in prime time. Hosted by American Morning anchor Miles O’Brien, the short features will run across all dayparts on CNN, Headline News and CNN Airport Network....

Greg D’Alba, COO of CNN ad sales and marketing, said the J&J deal offers clients multiple platforms in which they can “engage the consumer, sell their product and build their brand image.” D’Alba said that 80% of CNN’s upfront deals last year were integrated, a trend he expects to continue this year. “This may be the last upfront where the linear model exists, with everything hinging on ratings points and cost-per-thousands,” D’Alba said.

This web site has been on hiatus while we finished remodelling the home office and completed a long-awaited family trip to New York. Today we jump back in with a new focus on "news you can use," with less about broadcast and big-ticket advertising and more about search and online marketing.

You can expect to see a bunch of back-upped postings "pop" in the next few days as I share things I saved but didn't post. I'm going to leave the original dates on them, giving outsiders the illusion we didn't take time off. Skim them to see if there's something valuable to you.

And here's what we were doing...wandering around and trying to get out bearings. 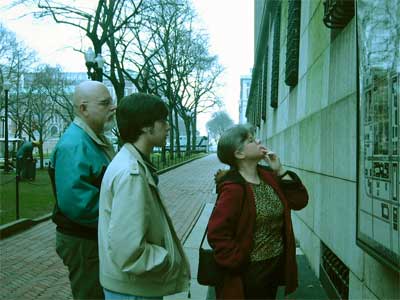 Generating Referrals Can be Its Own Reward 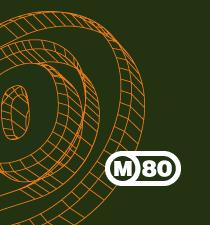 The agencies which were "early adopters" of planned word-of-mouth advertising campaigns are beginning to develop a deeper understanding of the process really works. Apparently, it's not enough to be a big fan, you have to be a fan who wants to influence others. And maybe you just have to be a fan of being an influencer(?)...

"We started looking for the top 1% of fans," Neupert said, explaining how he built teams of online volunteers for each campaign by finding people who were "already proactively searching for information about the band or TV show they loved." Then, M80 created Internet forums that contained information, clips and gossip, and primers on how to spread the word....

The most successful promoters were rewarded with T-shirts, CDs and sneak peeks of upcoming releases. But more than getting freebies, Neupert said, his volunteers liked believing that their opinions mattered. ...

Neupert says dedicated volunteers such as Mayo are the key to his company's success. But he admits that Mayo has also disproved some of his theories about superfans. After "Highlander" lured her to join, Mayo began signing up to promote TV shows she had never seen before, such as the FX Network's war drama "Over There." ... "I find that when I say, 'I don't know what this TV show is about,' other people start saying, 'Well, let's figure it out together,' " she said.

Being an effective word-of-mouth campaigner, it turns out, may have less to do with one's enthusiasm for the product and more to do with how much one enjoys campaigning. "You can't fake passion," Neupert said. "As long as we have team members who want to enthusiastically share their opinions, they'll convince others to try something new."

Wal-Mart continues to struggle with two-way marketing, but I don't think they did anything wrong in sending out "exclusives" to bloggers, some of whom lifted sections and published them as if they were the blogger's own words. Anyone who publishes, including anyone who self-publishes, needs to be forthright about who wrote the words they are using and, if possible, where the information originated. It's okay to say "my source prefers to remain anonymous," but it's not okay to pretend there was no source, that the words and ideas are all your own. I'm very careful to credit sources, and if I slip would like to be corrected right away.

Wal-Mart, the nation's largest private employer, has been forthright with bloggers about the origins of its communications, and the company and its public relations firm, Edelman, say they do not compensate the bloggers.

But some bloggers have posted information from Wal-Mart, at times word for word, without revealing where it came from.

Glenn Reynolds, the founder of Instapundit.com, one of the oldest blogs on the Web, said that even in the blogosphere, which is renowned for its lack of rules, a basic tenet applies: "If I reprint something, I say where it came from. A blog is about your voice, it seems to me, not somebody else's."

Unlike Glenn Reynolds, I look at my web site as a source of news more than a source of opinion, but I think he's right. If we publish, we have to credit our sources, even if we say we have a source who wants to be anonymous.

Sponsoring Emerging Musicians Getting to be Popular 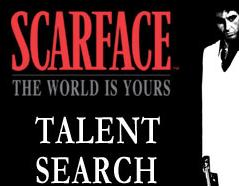 Sometimes marketing teams make a real contribution to culture(!) The growing trend of brands to give a leg up to emerging musicians is very heartening, especially when it avoids the "American Idol" humiliation displays and focuses on providing entertainment and opportunity.

Scarface: The World is Yours, the video game based on the classic movie, is coming in Fall 2006. We want to find the hottest unsigned music act to feature in the game's soundtrack, and everyone on MySpace has a say in who it will be.

The group who wins will get their song included in the game and win a trip to Los Angeles to perform at a high profile event during the Electronic Entertainment Expo (E3) for over a thousand people including an elite group of music and entertainment executives, celebrities, tastemakers, press and fans. In addition to the winner, the 2nd and 3rd place artists will also be brought to LA to perform at the same event.