As the number of product and purchase reviews logged and blogged on the internet explodes, marketers can't afford to sit on the sidelines. According to Pew Internet & American Life Project Director Lee Rainie, consumers have always sought advice for major purchases, but the internet has made it easier for them to find real experts and easier for marketers to observe the process. The Pew Internet & American Life Project details how people are leveraging the internet to improve their networks.

We found that the internet plays three important roles as people seek help when they face important decisions. First, the internet helps people connect to others who can offer them advice and support. Second, the internet yields information that allows people to compare their options. Third, the internet is seen as a source where people can find experts to help them work through all the information they find. If marketers find out how to tap into one of those three realms, they could prove helpful to customers.

Many retailers, such as CompUSA are now encouraging customers to post product reviews. Are you reading your reviews?

In Chicago, Best Buy is experimenting with a new retail concept called Escape. Guests can test-drive out all the cutting-edge electronics, bring friends and linger at the cafe, and even host small parties at the facility, using the big screen TVs, etc.

You want awe-inspiring electronics, games and gear to get you through your day, your night, your weekend. You need... Escape. Escape to the hottest gadgets your friends haven't even heard of yet, the best XBOX and PS2 games on killer systems, luxury boxes to party in and hang out with your friends. Escape. Don't look back.

As the user experience becomes more important than features for home electronics, I expect that every manufacturer will have to find a retailer who can provide the test-drive experience within a 50-mile radius of the consumer.

After attracting plenty of attention by producing original films, BMW is now trying a less expensive but perhaps more sustainable campaign of audio books. These audio books are designed to be heard while driving, and although BMW owners and active shoppers may be the first to hear them, I can see these books becoming an important part of the long-term effort to attract new customers.

BMW Audio Books is a series of audio stories, which users can download free from a new website. It is part of the motor manufacturers plan to engage with new audiences by creating new content that fits in with user's interests. Celebrated author Don Winslow launched the campaign with 'Beautiful Ride', the first of the series of specially commissioned short stories.

Writers are a lot less expensive to employ than filmmakers and, I don't know why the BMW book club couldn't go on forever. They could use both established and emerging writers.

Get your Ticket to the Best of QViews

After February, QViews will become a subscriber-only newsletter. (The online version of the newsletter will always be here for you to access without signing up.) We'll continue to be free, but you must subscribe via email or subscription form (above or on the left) in order to receive it in your inbox. Only an email address is required to subscribe, but you will have the opportunity to share more about yourself and your job. So if you're looking forward to seeing our best posts next month, subscribe now. 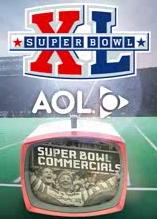 When Apple ran its "1984" commercial, I had just finished an MBA in marketing and started my first job in advertising. Nothing in my marketing education prepared me for how well that commercial worked. Now in 2006, I confess I didn't realize what an advertising festival this year's Super Bowl would be. It's been creeping up on us for awhile, but now all the commercials that appear are dissected and rated, and in the process rerun millions of times on the internet, on iPods, and on the TV news.

While I was watching for the Bud Screen, AOL was building a phenomenal web site where you can view the commercials conveniently, vote and see the voting results. It's a tremendous traffic builder for AOL, but they don't even have to pay for it because they sold a sponsorship to HBO. What a coup!

Many Super Bowl sponsors created microsites — special Web sites with different addresses — to catch the attention of the postgame audience....

The microsites offer "a differentiated call to action that pushes people to the Web," said Kieran Taylor, director for product marketing at Akamai Technologies, which handles Internet traffic for 23 of the Super Bowl advertisers including Dove.

"The convergence of the Internet and television is only for those who understand the handoff from TV to online," he added.

In some instances, said Pete Blackshaw, chief marketing officer at Intelliseek, which is seeking to measure the postgame word of mouth about the commercials, consumers are saying they like the microsites better than the spots.

"It's parallel to using  TiVo," said Mr. Blackshaw, whose company is soon to become Nielsen Buzz Metrics. "It's about consuming advertising at your own pace, and the microsites are almost like portals for watching ads."

Anheuser-Busch May Ditch Media for Direct-to-Consumer

The beer companies have never been big direct marketers, but signs are surfacing that Anheuser-Busch may view the internet as its big opportunity to get one-to-one with its audience. As tv commercials become easier to avoid and audiences become more fragmented, more of advertisers' money is going into web-based advertising ventures where return on investment is easier to measure and control.

In a move that's sure to cause a stir at ABC, as well as the other major networks, long-time Super Bowl advertiser Anheuser-Busch will use its buy in ABC's coverage of the game on Sunday to launch its own direct-to-consumer network. Details of the strategy are still under wraps, but the new channel, code-named "The Bud Screen," will debut sometime during the fourth quarter of Super Bowl XL, offering viewers the opportunity to download advertising, programming and branded entertainment content directly to their computers, iPods and other devices.

Quite a few major advertisers are now creating or distributing entertainment directly to their audiences, and we can expect some to get burned and some to get very, very good at it.

Sponsoring music performances is an excellent way to generate good will and awareness. Does sponsoring a rock concert seem too risky and expensive? Then consider sponsoring a movie-theatre showing of a rock concert movie. Heck, you could sponsor the airing of a classical or jazz music performance tape if that's more appropriate for your audience. Don't forget to choose a theatre where your audience can enjoy the social benefits of revisiting a tried-and-true performance together.

Trendcentral: Concert Movies at the Cineplex

Rock concert movies have been popping up across the country: there was Bruce Springsteen’s in-theater DVD screening of a 1975 concert which coincided with the release of his Born to Run: 30th Anniversary box set; Bon Jovi launched their Have A Nice Day album and tour with a concert that was simulcast live in 100 movie theaters in 50 U.S. markets; and Phish’s last two shows in Coventry, VT were watched by 40,000 fans in theaters in 54 cities. Most recently, Coachella, a documentary about the famous Indio, CA music festival, was screened for one night only in 115 theaters nationwide.

Newer
Theresa has been writing the QViews blog, her perspective on marketing, Houston, organizations, and innovation for fifteen years.
Subscribe to this blog's feed